Research underway in our department involves the rigorous study of bacterial, fungal, protozoan, and viral pathogens. Organisms under study are: Toxoplasma gondii, Neisseria gonorrhoeae, Mycobacterium sp., Brucellasp., Listeria, Blastomyces, Aspergillus, Cryptococcus neoformans, Candida, influenza virus, Herpes simplex, and uropathogenic Escherichia coli. Faculty also investigate diverse immunological topics such as the sexual dimorphism of immune responses, regulatory T cell biology, leukocyte migration, and vaccine development. Recently, outstanding research groups have been established to address symbiotic relationships between bacteria and animals and the influence of the microbiome on wound healing. Since the Department’s establishment in 1935, our faculty have made fundamental contributions to the study of infectious disease and immunity. Our current faculty demographic reveals a melting pot of well-established, recognized leaders in the field, a consistently productive group of mid-level faculty, and a new group of junior faculty who are poised to step to the fore and represent our department well into the future.

MMI provides an exceptional learning environment for undergraduates through rigorous coursework and research opportunities. Graduate students may earn a Ph.D. through the MMI co-sponsored, nationally acclaimed Microbiology Doctoral Training Program. The success of our instructional efforts is evident from the excellent student evaluations and ratings, the numerous teaching awards garnered by our faculty, and the doctoral training program’s ranking of first among U.S. public institutions and third nationwide. 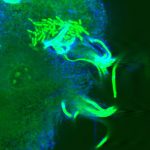 Our mechanistic understanding of bacterial pathogenesis is fundamental to our ability to diagnose, treat, and prevent bacterial diseases. Moreover, as rapidly evolving populations of antibiotic-resistant bacteria spread worldwide, efforts made by our microbiologists to elucidate the genetic, molecular, and cellular elements responsible for a bacterium’s virulence become increasingly vital to our survival. Our faculty explore the mechanistic basis of pathogenesis for such prominent pathogens as enterohemorrhagic E. coli and uropathogenic E. coli, Neisseria gonorrhoeae, Borrelia burgdorferi, and Listeria monocytogenes. How these organisms colonize and invade host cells or tissues, cause damage to their hosts, and elude or alter host immune responses represent the primary themes under which more focused, innovative investigations are led by our bacterial pathogenesis faculty. 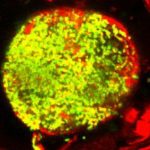 Our survival is inexorably linked to the Kingdom Fungi. Among its many essential roles, fungi contribute to the global recycling of nutrients, the generation of enzymes used in food production, and the production of antimicrobials. Few of the thousands of known fungal species are capable of causing disease, and yet life-threatening infections caused by these pathogens are increasingly prevalent. The ease with which Candida may form biofilms on medical devices contributes to its persistence among nosocomial infections. Pulmonary and systemic infections caused by Aspergillus, Blastomyces, Cryptococcus, and Histoplasma are often misdiagnosed or diagnosed too late to respond effectively to treatment. Resistance to common antifungals is growing. Our fungal pathogenesis faculty seek to alleviate the global burden of fungal infections by understanding and manipulating the dynamic interplay between fungal pathogen and host. 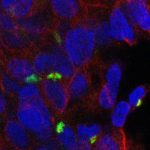 Anyone who has overcome a bout of the flu or received a vaccination can appreciate the essential, protective role of the immune system. Yet, the simple idea of an individual’s ability to protect itself from foreign agents becomes exponentially more complex when studied at a cellular and molecular level. MMI immunology faculty are no strangers to the labyrinthine world of cells, molecules, and signaling pathways that act in our defense. Some of our faculty focus on broadly applicable immunological phenomena such as the contribution of NKT cell autoreactivity to tolerance, the regulatory role of gamma delta T cells, or mechanisms of leukocyte migration. Other MMI immunology faculty study host-pathogen relationships, often in the context of reliably adapted animal models. The development and efficacy of Blastomyces dermatitidis and Borrelia burgdorferi vaccines, the contribution of innate and adaptive cellular responses to resistance in African trypanosomiasis, and the manipulation of innate immune cells by Toxoplasma gondii constitute a few of the research foci within the context of specific infectious diseases.

Protozoan and helminth parasitic diseases afflict billions of people globally and are collectively one of the greatest burdens on human health and well being. For instance, the World Health Organization estimates ~200 million yearly cases of malaria with ~1 million fatalities. African trypanosomiasis is currently less of a direct threat to human health but represents a huge brake on economic development as a veterinary pathogen in sub-Saharan Africa. Toxoplasma infects more than 60 million people in the United States without direct consequences in healthy individuals, but it can be life threatening in immunosuppressed individuals (e.g., transplantation, HIV). These parasites and others are increasingly a concern due to globalization. American trypanosomiasis, for example, is a potential issue in the U.S. from transfusion and transplantation. MMI faculty focus on the innate cell biology of protozoan parasites, on the interplay of host and pathogen, and on the immunobiology of host responses. It our broadly defined mission to contribute to the knowledge base that will ultimately alleviate the burden of these deadly and devastating pathogens 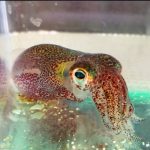 Cooperative symbiotic relationships between humans and bacteria have historically been overlooked in the face of our struggle with bacterial pathogens. Yet, the bacteria that call our body “home” aid our survival against these pathogens by, for instance, competing with them for space and nutrients. Examples of cooperative and pathogenic relationships between organisms exist throughout the natural world, and our symbiosis faculty lead the way in studying animal:bacteria symbioses. This cooperative research group uses the colonization of the light organ of the squid Euprymna scolopes by the marine luminescent bacterium Vibrio fischeri as a model system to investigate the mechanisms underlying these complex relationships. 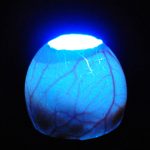 From the persistently annoying nasal congestion of the common cold viruses to the swift lethality of the Ebola virus, human viral diseases run the gamut of severity and affect all areas of human health. Virologists in the MMI department study some of our most notorious viral foes including HIV, influenza virus, herpes simplex virus, and hepatitis C virus. Using a variety of genetic, biochemical, and immunological techniques, our virology faculty unravel the pathogenesis of, and immune response to, these ingenious microbes.