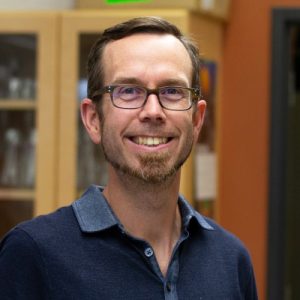 The Mehle Lab focuses on the influenza virus polymerase, the heart of the viral replication machinery. The polymerase is essential for viral replication mediating transcription of viral genes and replication of the viral genome. It assembles with the viral nucleoprotein (NP) and genomic RNA to form massive ribonucleoprotein complexes. The polymerase is also a major determinant of the pathogenic potential of emerging influenza viruses and a key regulator of cross-species transmission as viruses move from birds into humans.

What inspired you to select your field of study?

In my second year in undergrad, I was lucky enough to get one of the last spots in an upper level molecular biology class. The class made it clear to me that much of what we knew about molecular biology at the time actually came from studying viruses, and that perhaps viruses were the original molecular biologists. This flipped a switch for me, and from then on I wanted to study how viruses replicate to not only understand how they cause disease, but to also use viruses as tools to probe how the cell works.

What is one piece of advice you would give to students?

Find a question you love. Sooner or later experiments or a specific hypothesis will fail. This is how science works, but it can understandably be seen as a setback or disappointment. (If this never happens, then you’re extremely lucky or maybe the project is not pushing hard enough against the limits of our knowledge.) However, if you’re really excited by the question, you can always come back to square one and find a new approach to investigate the thing that drives your curiosity.

When you’re not in the lab, how do you spend your time?

Something active. I love to run and bike around the greater Madison area. We have begun exploring the many state parks and camp sites in Wisconsin. Our son’s activities are also opening new horizons for us, including learning how to ice skate – how can you be from Madison and not spend some time skating on the lakes?

If you didn’t become a scientist, what career would you have pursued?

My backup career was pastry chef, another job with terrible hours and lots of pressure.

What is the best meal you’ve ever had?

I’m not sure I can say which was objectively the best food I’ve ever had. One meal that gives a run for the money was dinner in the late 2000’s at the Farmhouse Inn, a Michelin-starred restaurant in the southern end of the Russian River valley in Sonoma, CA. My wife and I had spent the day biking in the mountains near Sonoma and then dropped down to the Pacific Coast on Highway 1 before returning back to the Inn. Tired and relaxed, we had an amazing meal paired with local wines. I still remember one of the main courses (Rabbit, rabbit, rabbit – rabbit loin, rabbit confit, rack of rabbit) and the wine (Peay Pinot Noir Scallop Shelf). The food, the location and the company paired to make it one that I remember well.

You have to sing karaoke, what song do you pick?

Have you ever completed anything on your “bucket list”? If so, what was it?

One thing was hiking through New Zealand. We did that shortly after starting our labs, with an extended trip through the South Island. Not nearly enough time to explore all we wanted.

What is the last TV show that you binge-watched?

We recently finished the last season of Bosch.

If you could have any superpower, what would it be?

It would be great to be a morning person. That’s a super power, right? It would be very practical and help me out every day.

If you had a time machine, would go back in time or into the future?

I find it hard enough to stay on schedule in normal time, so it is unlikely I’d do well moving forward or backward.