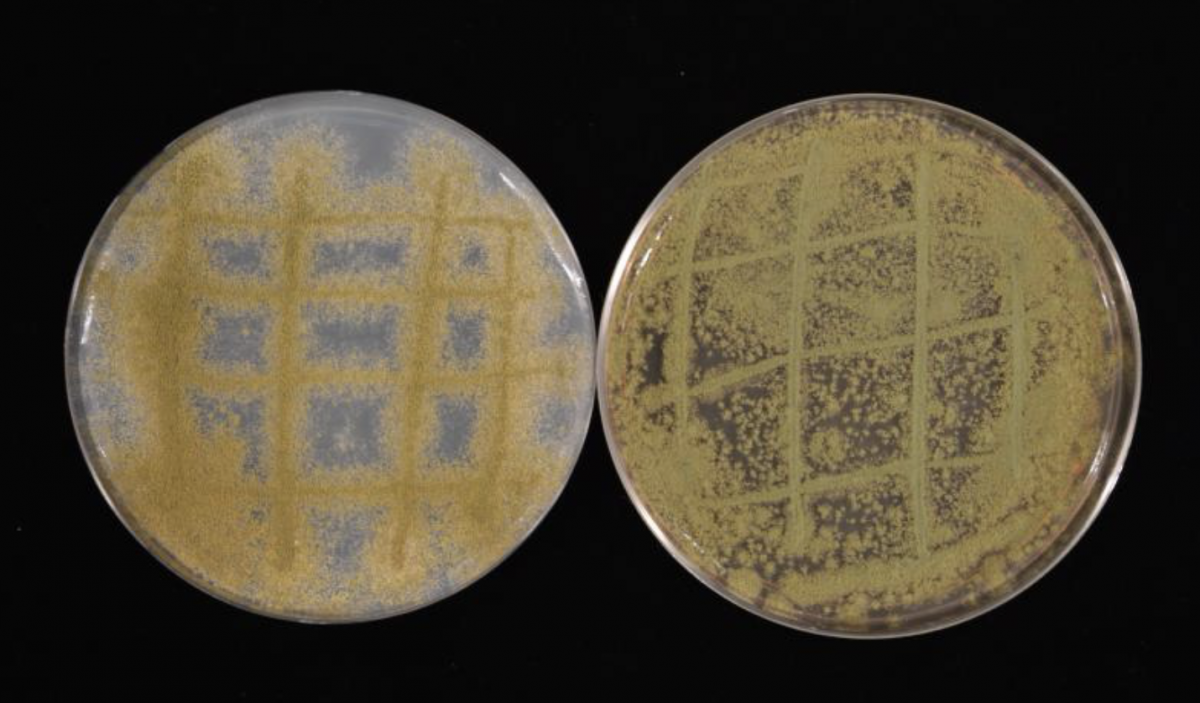 Scientists at Oak Ridge National Laboratory and the University of Wisconsin–Madison have discovered that genetically distinct populations within the same species of fungi can produce unique mixes of secondary metabolites, which are organic compounds with applications in medicine, industry and agriculture. The finding could open new avenues for drug discovery and provide a deeper understanding of fungal evolution.

In nature, secondary metabolites help fungi interact with their environments. To people, they can be beneficial or harmful. Metabolites such as penicillin, for example, help fungi and humans alike fight off bacteria. Conversely, the metabolite aflatoxin may defend some fungi from attacking insects but can cause liver cancer and developmental issues in humans.

Fungal secondary metabolites have been widely studied because of their significance to human health. But most research has overlooked how genetic differences between populations, or groups within the same species living in a particular location, might influence secondary metabolite production.

“Before this study, most people just looked at one strain of a fungi species, one genome, and they determined that the metabolites present should be the same among all strains,” said Tomás Rush, a postdoctoral researcher in ORNL’s Biosciences Division who co-authored the research. “This study demonstrates that’s not necessarily true.”

“What we’ve shown is that in at least some species, you can see sub-populations that each have their own repertoires of secondary metabolites and seem to be evolving, probably in response to local conditions,” said Mickey Drott, a postdoctoral researcher in the UW–Madison Department of Bacteriology and lead author on the study. “That has really big implications for how secondary metabolites evolve – and for how species evolve.”

The findings, published in the Proceedings of the National Academy of Sciences, represent a major shift from the conventional scientific understanding of fungal evolution, which is based on the idea that genetic diversity is relatively random within fungi species, with evolution occurring slowly and throughout an entire species.

“The most pressing implication is that with these discrete populations with different ecologies, environmental change like global warming can suddenly favor one population or the other, potentially causing outbreaks of fungi that are pathogenic to plants or humans,” Drott said.

Because secondary metabolites evolve alongside their environments, this also affects pharmaceutical companies seeking new antibiotics or other medicines in fungi.

“This paper highlights that you can’t just grab any fungus of a certain species, because depending on where the sample came from, it might not actually produce what you’re looking for,” Rush said. Likewise, for doctors treating fungal diseases, knowing which strain of fungi is afflicting a patient – and what that strain’s metabolomic profile looks like – could be key to finding the correct cure.

From the genetics to the “real world”

The work started at UW–Madison, where Nancy Keller leads a research program on fungal pathogenesis in the UW School of Medicine and Public Health. As part of earlier research, Drott, who works in the Keller Lab, had sequenced the genomes of 94 strains of Aspergillus flavus, a well-studied fungus known to cause corn rot and act as a human pathogen, sampled from across the eastern and central United States. Analyzing the entire genomes, Drott concluded that the strains comprised three genetically distinct populations.

For the collaboration with ORNL, Drott focused on biosynthetic gene clusters, or BGCs – groups of genes responsible for the production of secondary metabolites. First, by removing BGCs from genomic analysis, he confirmed that the three previously described populations were indeed genetically distinct, and not defined solely by variation among gene clusters.

Drott then eliminated thousands of duplicate BGCs, resulting in just 92 unique gene clusters. He found that 25% of these unique clusters – a much higher proportion than expected – showed variation corresponding to the genetically distinct populations. This meant some BGCs were consistently present or absent, or showed differences in the proteins they produce.

In a preliminary analysis, Drott and colleagues at UW–Madison found evidence that differences in BGC content among populations may produce unique, population-level reservoirs of secondary metabolites. But to validate their results, the team needed ORNL’s advanced analytical capabilities.

“By taking on this massive-scale chemical analysis, what ORNL did was take this study from just looking at the genetic diversity to understanding that the metabolites were different, which showed us that these populations could be doing ecologically different things,” Drott said. “That pulled the research more into the real world.”

In addition to improving drug discovery, this richer understanding of secondary metabolites may inform design of more productive ecosystems and benefit agriculture and industry. Fungal compounds and processes are used to produce pesticides and fertilizers, enzyme-based laundry detergents, and foods from beer to bread to cheese. The decomposition powers of fungi can help break down plants to produce biobased fuels and chemicals, and current research is investigating whether fungi can help degrade plastic pollution in the environment.

“Today our civilization actually relies on fungus,” said ORNL’s Jesse Labbé, a fungal geneticist and co-author on the study. “This is an important piece of work because it demonstrates that population-level differences in a species are actually very significant when looking for new molecules in the bioeconomy.”

Future research will investigate methods for targeting and amplifying specific secondary metabolites to study them in more detail.

Research at ORNL was supported by the Department of Energy’s Biological and Environmental Research program within the DOE Office of Science as part of the Plant-Microbe Interfaces Scientific Focus Area.

UT-Battelle manages ORNL for the Department of Energy’s Office of Science, the single largest supporter of basic research in the physical sciences in the United States. The Office of Science is working to address some of the most pressing challenges of our time. For more information, please visit energy.gov/science. — Abby Bower