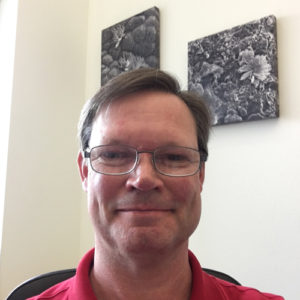 My laboratory is investigating the molecular mechanisms of disease caused by the bacterium Neisseria gonorrhoeae, and, in particular, the mechanisms involved in causing pelvic inflammatory disease and disseminated gonococcal infection. This research focuses on the characterization of the gonococcal genetic island, a 57 kb region of horizontally acquired DNA, present in 80% of gonococcal isolates. Among other things, the island encodes a type IV secretion system that acts in the secretion of chromosomal DNA into the surrounding milieu. Mutations in the type IV secretion system genes result in loss of DNA secretion into the culture medium and to altered interactions with host cells.A second focus of research in the lab is the production of toxic peptidoglycan fragments. Gonococci are known to release a monomeric fragment of peptidoglycan that acts as a toxin in human Fallopian tube infection. We call this molecule peptidoglycan-derived cytotoxin (PGCT), but it has variously been referred to as tracheal cytotoxin, G(Anh)MTetra, or anhydro monomer. Peptidoglycan fragments are generated as a necessary part of cell wall expansion and cell division, but most gram-negative bacteria recycle the fragments for use in the cell wall. We have investigated how the peptidoglycan fragments are generated and identified specific lytic transglycosylases that function to produce these toxic molecules. Mutants lacking these lytic transglycosylases are being used to understand the role of PGCT in infection.