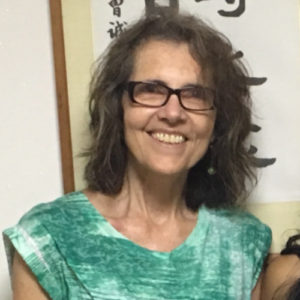 Our research focus lies in genetically dissecting those aspects fungi that render them potent pathogens and superb natural product (also called secondary metabolite) machines. Our lab (i) elucidates molecules involved in the virulence of plant, animal and human pathogenic fungi and (ii) methods to express and characterize novel bioactive fungal secondary metabolites for drug development.  Pathogenic fungi we work with includeAspergillus flavus which contaminates seed crops worldwide with the carcinogen aflatoxin, Penicillium expansum that contaminates apple with the mycotoxin patulin, Pseudogymnoascus destructans, the causal agent of White Nose Syndrome of bats and the human pathogen A. fumigatuscausing invasive aspergillosis, a disease with a mortality rate ranging from 50 to 90%.

Epigenetic control of BGC. Although the exact function of LaeA is still not known, data supports a role for LaeA in regulating secondary metabolism gene clusters through a mechanism that activates facultative heterochromatin.   My lab initiated the concept of epigenetic regulation of secondary metabolism not only through LaeA studies but also through the finding that deletion or overexpression of histone modifying enzymes and feeding of chemical epigenetic modifiers can induce the production of ‘silent’ gene clusters.  Histone modifying proteins affecting secondary metabolism include HdaA a histone deacetylase, EsaA a H4 acetyl transferase and CclA a member of the histone H3K4 methylation complex. Since our first description of this phenomenon, many other labs have published on the epigenetic regulation of secondary metabolites and addition of chemical epigenome modifiers is now a popular method to enrich natural product production.

Tools and advances in the study of the human pathogen Aspergillus fumigatus. Aspergillus fumigatus is the primary cause of invasive aspergillosis (IA) in immunocompromised patients, with an overall case fatality rate from published data of ca. 60% and complete antifungal responses observed in only 27% of patients.  We focus on elucidating fungal metabolic pathways (e.g. copper, mitochondrial, aromatic amino acid metabolomes, etc.) as tangible drug development targets.  To expand the limitations imposed by insect and murine models of IA, we have developed the A. fumigatus/host toolset through development of microscale platforms and a visual zebrafish larval model of IA (with the Huttenlocher lab).  Additionally, we are heavily invested in identifying new antifungal strategies in dealing with this pathogen, particularly as antifungal resistance in increasingly common this is species.

Identification of Cross-kingdom small molecule communication.  Organisms communicate by a biochemical language; this is particularly true between microbes and others (other microbes as well as plants and animals).  Our first foray into this topic focused on oxylipins – oxygenated fatty acids – as ubiquitious signaling molecules produced by prokaryotes and eukaryotes alike.   Plant oxylipins are utilized in defense mechanisms and volatile signaling with microbes whereas mammalian oxylipins (e.g. eicosanoids) are known mediators of the inflammatory response.  Aspergillus species produce oxylipins through two classes of oxygenases:  lipoxygenases (LOXs) similar to both plant and mammalian LOXs and dioxygenases called Ppo proteins, similar to mammalian prostaglandin synthases.  Our lab has established a lipid crosstalk mechanism between Aspergillus spp. and both plant and mammalian hosts that impacts the outcome of disease development.  More recently, we have identified fungal secondary metabolites including volatiles that are upregulated and act as communication molecules in confrontations with mammalian cells and bacteria.

5. Elucidating the mechanisms of virulence and toxin formation in mycotoxigenic fungi.  A subset of plant pathogenic fungi secrete toxic metabolites into the edible portions of the plant.  These metabolites, called mycotoxins, are thought to contaminate up to 25 percent of stored foods and feeds in the world and are the cause of many illnesses world wide.  Aflatoxin produced by A. flavusis the best known mycotoxin and causes many illnesses including hepatocarcinoma.   This fungus is both a seed and human pathogen, the second most common human pathogenic Aspergillus spp. after A. fumigatus.  Other common mycotoxigenic genera include Penicillium and Fusarium spp.